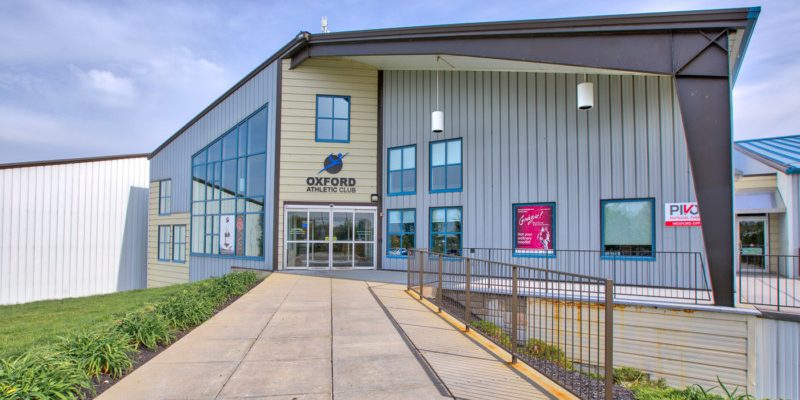 PCG Capital is partnering with PCG Real Estate and Pittsburgh firm A. Martini and Co. to execute the multimillion-dollar renovation of the Oxford Athletic Club in Wexford. Take a look at the Pittsburgh Business Times recent article on the upcoming remodel and the exciting changes we are bringing to this amazing facility.

Less than a year after PCG Capital acquired the Oxford Athletic Club, it’s in the midst of multimillion-dollar renovations to upgrade the Wexford facility.

The Oxford Athletic Club will remain operating but undergo a lot of changes inside and out over the next two years, including turning the restaurant into a market cafe and adding technology in the form of a Wi-Fi lounge, adding three virtual putting programs and adding studios for spinning, boxing, yoga, relaxation and Pilates.

The renovations, which will cost between $4 million and $8 million, will transform the high-profile athletic club, which opened in 1998. One of the original architects of the club, Jeff Esswein, recently returned as GM.

“We will have things in this club that you won’t find anywhere else,” Esswein said.

The newest phase of the renovations will be starting in February and be completed by the end of the year, Esswein said.

The restaurant and lounge, which had been operated by a third party, will now become a market cafe that will be operated by the Oxford Athletic Club. The renovations also include a new front entrance and a new nursery area.

The changes are being done following a survey of its membership, said Erin Remaley, director of marketing for PCG Capital. The idea is to make Oxford Athletic Club more than just a place to work out.

“This is truly a place they want to come with their families and spend time and invest in a lifestyle, as opposed to coming in and working out and leaving immediately,” Remaley said.

Esswein said the third phase of renovations, which will take place in 2019, will update the swimming pools and outdoor areas.

For the full article and gallery of initial plans, click here. To learn more about the Oxford Athletic Club, head to their site.